Home
About Us
Parent Banks

SpareBank 1 Boligkreditt is a Norwegian covered bond issuer jointly owned by the saving banks working closely together under the SpareBank 1 brand. The issuer's Bloomberg ticker is Spabol.

The following page sets out important legal and regulatory information about all materials contained on the SpareBank 1 Boligkreditt AS website (www.spabol.no). This page is designed to prevent unsuitable categories of investors from accessing materials contained on this website. Please read this page carefully before proceeding any further as you will be asked to accept these terms and conditions before proceeding.

The information contained on this website does not constitute, and may not be used as, an offer or solicitation to buy or sell securities in the United States or to US Persons or in any jurisdiction or jurisdictions in which such offer or solicitation is unlawful prior to registration or qualification under the securities laws of any such jurisdiction. As a result of these restrictions, you are advised to consult legal counsel prior to making any investment decisions with respect to any materials contained on this website.

You are certifying that (a) by clicking the button "I Agree - 144A" below you are a "Qualified Institutional Buyer" as this term is defined in Rule 144A under the U.S Securities Act of 1933 (the "Securities Act") or (b) by clicking the button "I Agree NON-US" below you are not a U.S person (as defined in Regulation S of the Securities Act) nor are you a resident of or located inside the United States. If you cannot so certify, you must click the button "I Disagree" and exit this website immediately.
Clicking on button “I Agree – 144A” or “I Agree NON-U.S.” shall have the same force and validity as a manual signature and delivery.

The company's purpose is to acquire first lien Norwegian residential mortgages originated by the owner banks in the SpareBank 1 Alliance and finance these through issuing covered bonds.

Watch a brief introduction video about the Norwegian residential market, covered bonds and SpareBank 1 Boligkreditt, before an interview with SpaBol management, below: 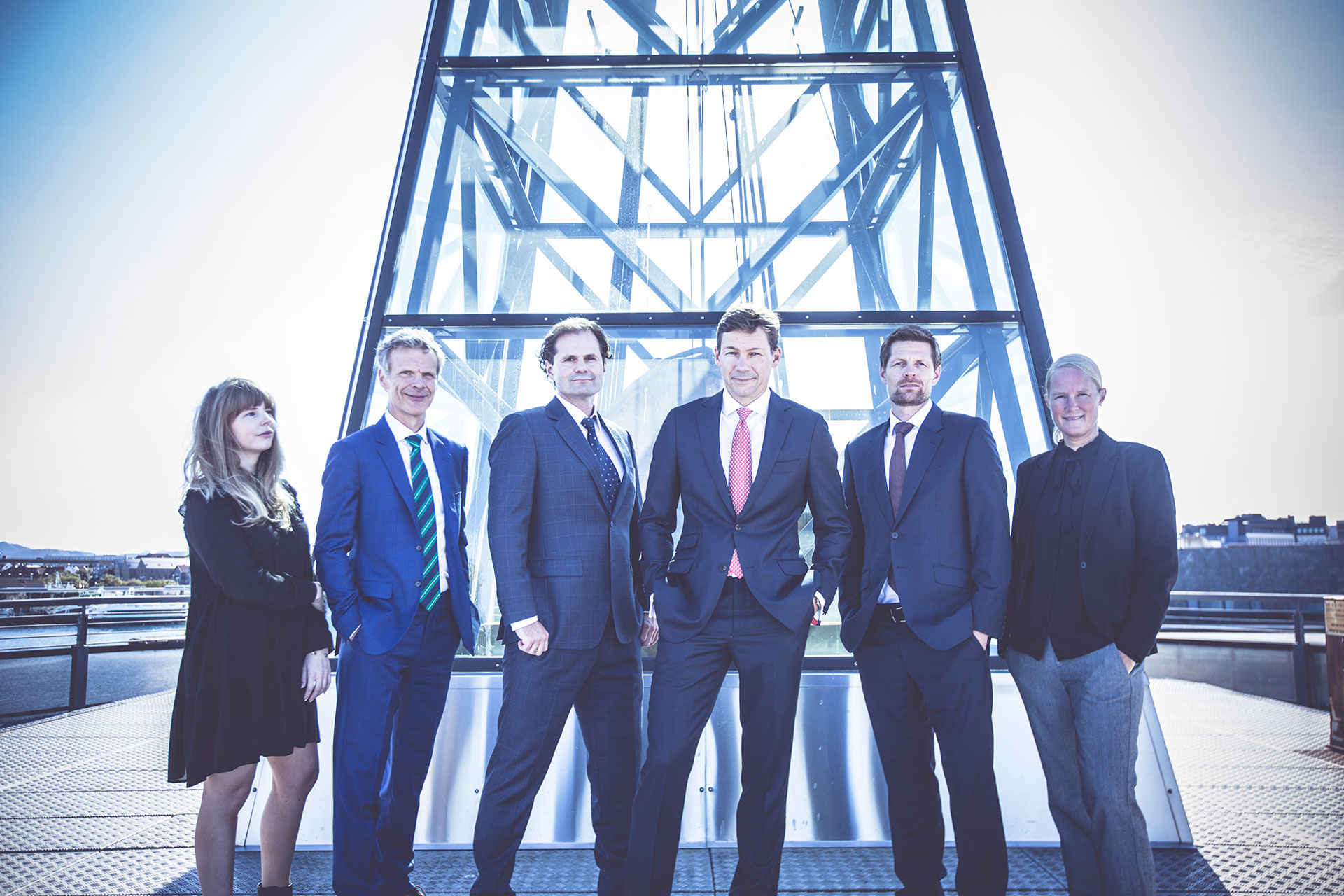 Investors in SpareBank 1 Boligkreditt's covered bonds in NOK, EUR or USD enjoy the safety of one of the world's highest quality residential mortgage cover pools.

The covered bond funding entity is of high strategic importance to the members in the SpareBank 1 Alliance. The Alliance consists of savings banks with a dominant share of mortgage retail lending as their core business. All of the business takes place within Norway and most SpareBank 1 banks trace their history to the 19th century. The Alliance's banking branch network is Norway's most extensive and the wide dispersion of banks ensures a well distributed cover pool.

As a specialised credit institution, SpareBank 1 Boligkreditt must comply with regulations applicable for all banks (including the existing and proposed Basel regulatory framework). The regulator in Norway is the Norwegian Financial Services Authority (Finanstilsynet).

2005
SpareBank 1 Boligkreditt (ticker: Spabol) is established by the SpareBank 1 Alliance banks in August of 2005 in anticipation of the Norwegian Covered Bond legislation which is being drafted.

2007
The Norwegian covered bond legislation is passed by Parliament in June. In September SpareBank 1 Boligkreditt prices the inaugural EUR covered bond, effective October 1st, with a 3 year maturity for EUR 1.5 bn at a spread of 4 bps over mid-swaps.

August: The Issuing Programme (GMTCN Programme) is signed and bonds are rated Aaa/AAA by Moody's and Fitch.

Boligkreditt continued to issue NOK denominated covered bonds in 2008 (three fixed rate bonds with maturities of up to 10 years), but in response to the market disruptions in the autumn of 2008 the Norwegian Government's Treasury offered banks long term funding which was to be collateralized with covered bonds.  The Norwegian Government Covered Bond Swap Scheme (which was administered by the central bank) had an overall limit of NOK 330 bn of which Nok 229.5 bn was requested by the Norwegian banking sector, including SpareBank 1 Boligkreditt.

2009
First Norwegian EUR benchmark covered bond from Spabol is issued in November, once more a three year maturity.  The issue opens up the Norwegian market supply denominated in EUR post the 2008 disruptions and Government swap facility.

At the end of 2009 the nomnial value of outstanding covered bonds issued in the market stands at just over NOK 75 bn, of which NOK 18.1 bn had been placed with the central bank for long term funding under the swap scheme.

2010
Two further benchmark covered bonds were issued in the EUR market (1.25 bn and 1 bn in March and June, respectively) while the Norwegian domestic market is also evolving.

In order to further diversify its funding sources, SpareBank 1 Boligkreditt commences work on an issuance programme which complies with the 144A rule for private placements in the U.S.  The October issue marks the Company's inaugural U.S. covered bond, a 3 year USD 1 bn issue priced at 54 bps over the USD mid-swap level.

2011
Covered Bonds outstanding grow by NOK 38.8 bn (41%) during the year as the Covered Bond issuer's grows in accordance with the plan.  Spabol is at the end of the year financing approximately 36.5% of the overall volume of residential mortgages originated by its parents banks, the members of the SpareBank 1 Alliance.

Bonds are issued in all three of Spabol's currencies (NOK, EUR and USD) and a key theme is the extension of the outstanding curve in EUR with two 10-year bonds issued (February and September). The February issue is the first Norwegian 10 year covered bond denominated in EUR.  With the turmoil in European capital markets building in the autumn, Spabol issues another EUR 1 bn benchmark in November, a sign of its safe haven status.

2012
USD covered bonds from Spabol made a stronger mark in 2012 with two benchmarks issued (April and November of USD 1.25 bn each). The November issue was a 7 year maturity which becomes only the 2nd such tenor in the USD covered bond market.  A further two EUR benchmarks were issued (February and August).  Spreads for Spabol bonds are contracting markedly throughout the year alongside the broader market with the August EUR bond 5.5 year pricing at 17 bps over mid-swaps (compared to 63 bps for the 5 year in November 2011).

2013
Lending to customers (mortgage loans on our balance sheet) grew by 9% over 2013, a significant decrease in the growth rate compared to 2012 (26%) and to previous years.  This growth was reflected in the smaller volume of international benchmark covered bonds placed during the year, which was down to three issues (compared to four in both of the years 2011 and 2012).  We placed USD 1 bn in April, and EUR 1 bn in June and November.   The reasons for this development is that we one the one hand seen a flat development in the real estate market in Norway over 2013, but also it has been a good year for the parent banks to issue senior unsecured bonds.  The SpareBank 1 banks have also seen financing sources from deposits increase.

Cover pool quality continue to be very good, with no losses and extremely low arrears.

2014
No Euro issuance took place this year due to, among other things, the Norwegian governement swap scheme (which expired in 2014) where mortgage volumes where transferred back to the owner banks from the scheme and did not need covered bond market refinancing.

2015-2016
One of Boligkreditt's owner banks in the SpareBank 1 Alliance decide to issue their own label covered bonds.  All other SpareBank 1 banks continue to strongly back the well established common issuing platform of SpaBol.  The change means that the exiting bank is, according to agreement, witdrawing its share of mortgages as the associated covered bonds come due over time.  The remaining banks are continuing to transfer mortgages to the cover pool for covered bond funding.  Overall as a consequence of this change, the cover pool grows in with a smaller single digit rather than a high single digit percentage.  SpaBol issues 2 Euro, 1 billion benchmarks in each year.

2017
SpareBank 1 Boligkredtt issued its inaugural GBP covered bond, a £500 million, 5 year FRN.  The issuer decides to discontinue the covered bond rating from Fitch ratings due to the additional operating and funding costs that having a Fitch rating requires.  SpaBol covered bonds have been rated AAA by Fitch since 2007 and that rating is confirmed by the agency at the time of the discontinuation of the rating.  The covered bonds are rated Aaa by Moody's (no change).